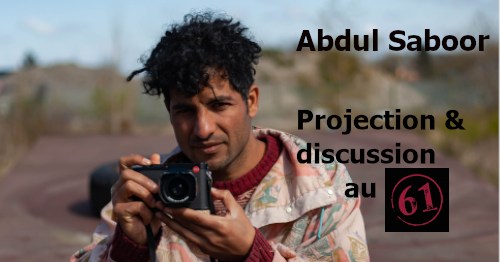 The photographer Abdul Saboor will be at the 61 for a photo projection of his work in Serbia and Calais.

Abdul Saboor, an afghan photographer, lives in France since three years. His work is about migrations from Serbia where he has been retained by trying to reach Europe, until he arrived in Calais where he lived before he obtained the status of asking for asylum.

As he collaborated for numerous newspapers, he also taught at the “Institut supérieur des arts et design de Toulouse” and he work with the agency of artists in exile.

His work has been exhibited multiple times in France, in Europe and in the United States.