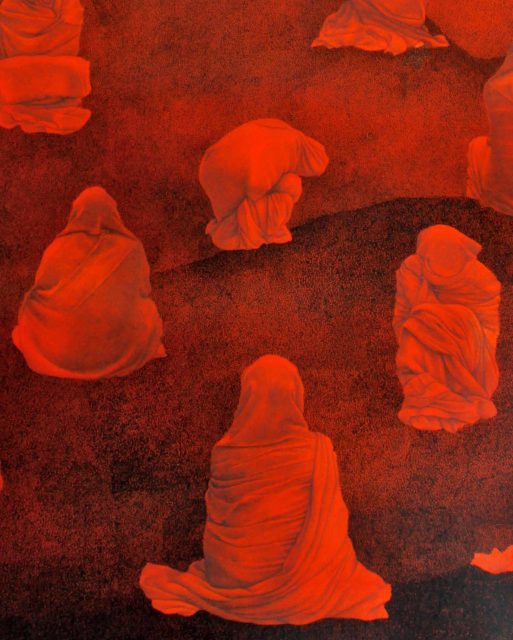 In support of the Afghan artists of the exhibition "Kharmohra, l’Afghanistan au risque de l’art" Mucem (2019-2020)

In Marseille, a mobilization has been set up with the support of the MUCEM to evacuate the artists of the exhibition Kharmohra, l’Afghanistan au risque de l’art which took place there (November 2019-March 2020), and their families (wives, husbands and children). This mobilization brings together cultural institutions and establishments of the city and the region. The agency of artists in exile accompanies this mobilization.

The first artists were able to arrive in Marseille on August 14th, while the others were caught off guard by the Taliban takeover of Kabul. They should be evacuated at any moment in the last planes chartered by France.

The money from the fund is intended to reimburse the first plane tickets and to help the artists and their families (74 people in total) settle in.

The situation in Afghanistan is deteriorating day by day since the announcement of the withdrawal of the last American troops on September 11th, 2021. The Taliban have taken the city. Artists are among the Taliban’s favorite targets. They are attacked, threatened and murdered. Videos of artists’ assassinations are circulating on social networks.