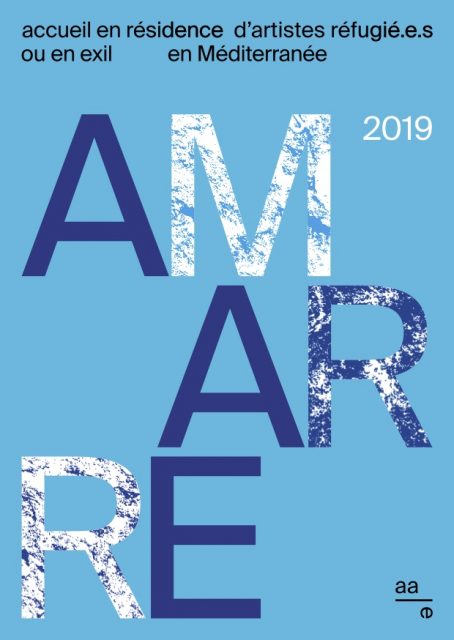 From 8pm at Le Grand Parquet

Amarre”, in French, means “mooring line”, cable or chain by which a boat is attached to the shore or to the anchor. AMARRE aims to connect displaced Syrian artists living in Lebanon, France, Turkey. It is a residency programmed designed to anchor select artists in working space so that they can develop current and upcoming projects, share them various local audiences and link up with a network of professionals in their communities. Each local partner hosts and guides the artists in their respective country, with the aim to support their artistic practises and contribute to the visibility of their creations in their new territory. In the 2017/2018 pilot program, AMARRE supported nine artists-in-residence programmes in Hammana, Paris, Istanbul, Brussels.
This program is designed and directed by the Collectif Kahraba/Hammana Artist House (Hammana Artist House) | In partnership with L’atelier des artistes en exil, A Corner in the World (A Corner in the World)
Presentation of the projects:
• Fragments by Omar Haydar (Syria), Aude Nasr (England) and Amer Albarzawi (Syria)
“Fragments” is an audiovisual graphic novel, as a short film, consisting of photographs, film and music. It relates the story of unknown people in a war-torn country. Confined in a shelter, uncertain of their fate they decide to take substances to switch to an imaginary world. Photographs, like comic strips, illustrate their journey to escape the hell of the war and show their visions. Whithout revealing their destiny, the project proposes an abstract and artistic way of their experiences. The music mixes dark, chaotic atmospheres and melodies
• Double Vision, directed par Ibraheem Ramadan (Syria) with the participation of Sawsan Nourallah (Syria) and Mohammed Mokhtar (Syria)
Based on the 1974 video report on the Lebanon-Syria rally, images shot between 2008 and 2010, and stop-motion animations, “Double vision” invites the spectator to participate in a unique road trip. A road trip through time from 1974 to 2019, without borders, wars or fears in Syria, in the form of an interactive game, which mixes documentary, fiction and animation.
“Double Vision” is an hybrid film in production phase (Sinnema Animation Studio). It has received support from Ettijahat-Independant Culture and the Goethe Institute in Beirut, the Arab Fund For Art and Culture (AFAC), the Prize for the best ongoing project of the Arab Animation Forum at the Stuttgart animation film festival of 2018.