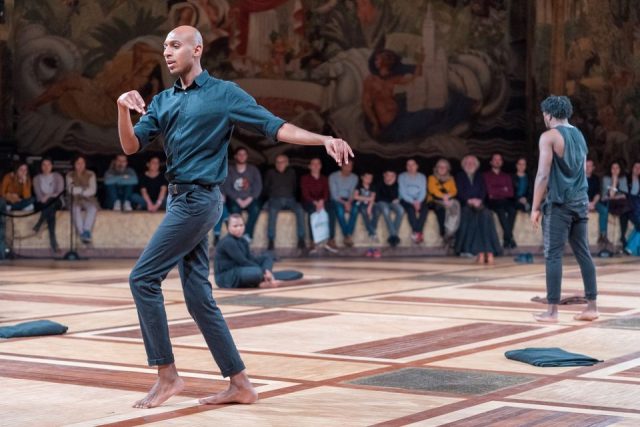 Mixing songs, dance and humor, Self-Entitlement is a personal play of an artist in exile, torn between two cultures.

Mahmoud El Haddad tries to understand and to accept what implies the transition from a society with which he never identified to a society which wants him to act in agreement with his origins, by assigning him in a category fed by prejudices and cliches.

Mahmoud El Haddad is an egyptian dancer, comedian and director from the cairo underground stages where he participated to various projects for a few years. He started contemporary dance with the deTomeo Vergés agency at the Falaki theater, he performed with Hazem Header. He created his own independant theater troop, Act Two (ex Hand Made) and signed his first staging, Incomplete Alliteration in 2014. He arrived in France in 2017. He worked with  Thierry Thieû Niang and Henri Julien.