photo exhibition Dress Up Your Neighbourhood! 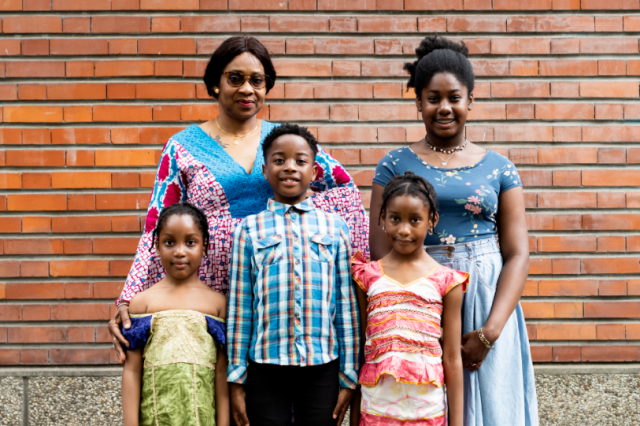 Photo exhibition “Dress Up Your Neighbourhood”!
July 11th until November 2019

This summer and autumn, twenty photographic portraits will be exhibited on the railings along the top of la rue des Poissonniers. On your way home from school or from work, you will come across the gaze of local kids and neighbors who were photographed for a weekend (22 and 23 june).

Originally from Sudan, Mohamed Abakar is a portrait photographer living in France since 2015. His work has been showcased by the Ministry of Culture – Palais Royal, at the Collège de France and at the 2018 ‘Visions d’exil’ festival at the Cité Internationale des Arts.

The original idea is by five young people – Hermine, Thao, Jonas, Camille and Adrien – members of the project Kaps within the association AFEV. The aim is to strengthen the social ties in the neighbourhood, within the larger reflection “Act together for l’école Poissonnier”.

Join us on July 11th at 6pm for the inauguration of the exhibition (130 rue des Poissonniers) and bring your family, friends and co-workers!