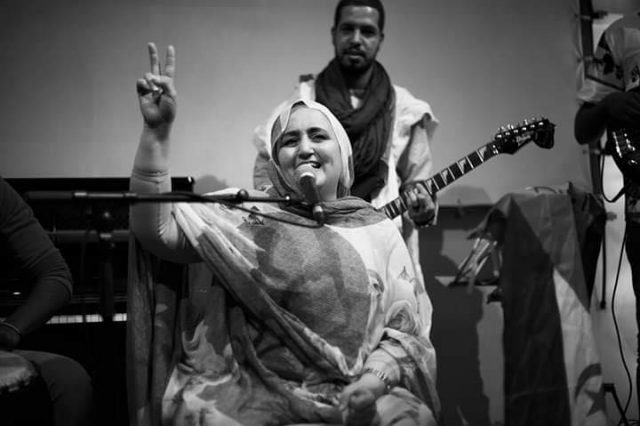 Dighya Moh-Salem band will play this summer at the Festival de la Cours Denis in Lormes on Saturday 27th July 2019!

The band reworks traditional Sahrawi music and develops original compositions that sing the landscape of Western Sahara, the suffering of the Sahrawi people, the loss of their lands and their struggle for liberty.