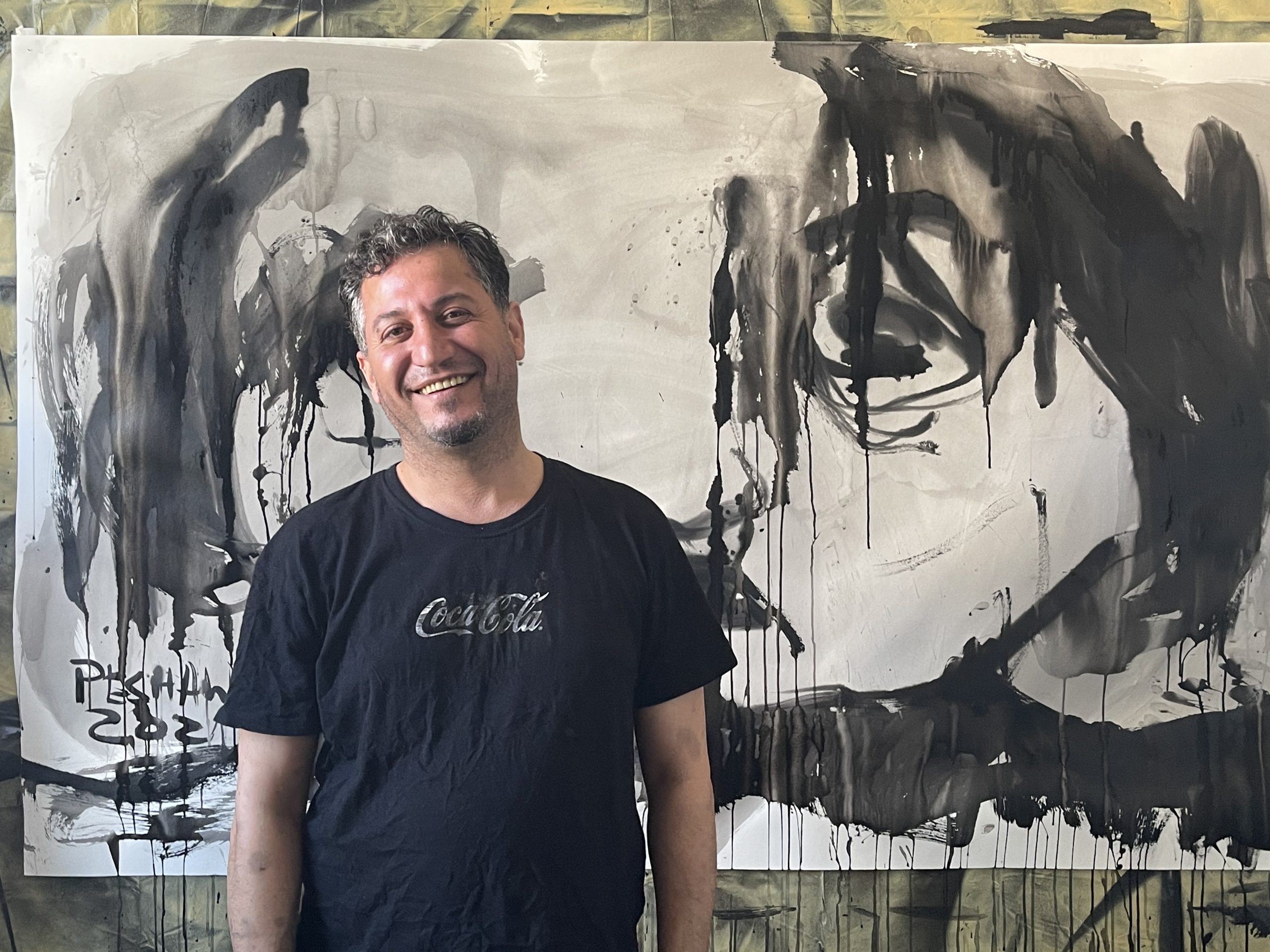 Born in 1981 in Qaladze (Iraq), Peshawa Mahmood is a painter, illustrator, calligrapher and performer. After studying at the Fine Arts in Ranya, he became professor there, giving courses in drawing, painting and mosaic as well as theoretical courses in art history. In parallel with his teaching activity, Mahmood exhibits his paintings in numerous exhibitions, in particular at the Amna Suraka museum in Souleimaniye. As a militant artist, he worked between 2008 and 2013 on life-size works, in the public space, questioning the Iraqi political system and its dysfunctions (land art of 36km on the Qaladze-Ranya road; ephemeral installations at the cemetery and at the General Council of Qaladze). His migratory process led him to reinvent his artistic practice. He developed a fast painting technique allowing him to draw abstract faces with a few strokes of the pen on cardboard plates, food packaging, receipts… Since his arrival in France in 2016, he has participated in several exhibitions and performances. At the same time, he leads cultural action workshops with students from the University of Aix-Marseille (Project Fil Rouge, eachOne 2022). He has been a member of the workshop of artists in exile since March 2022. 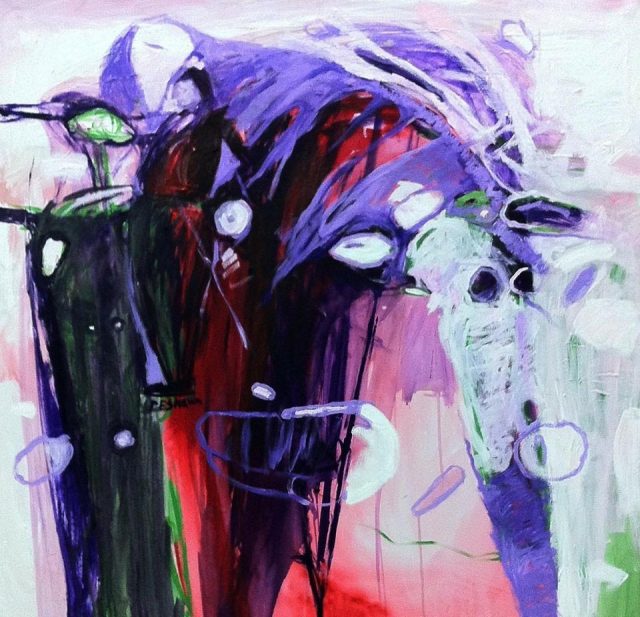 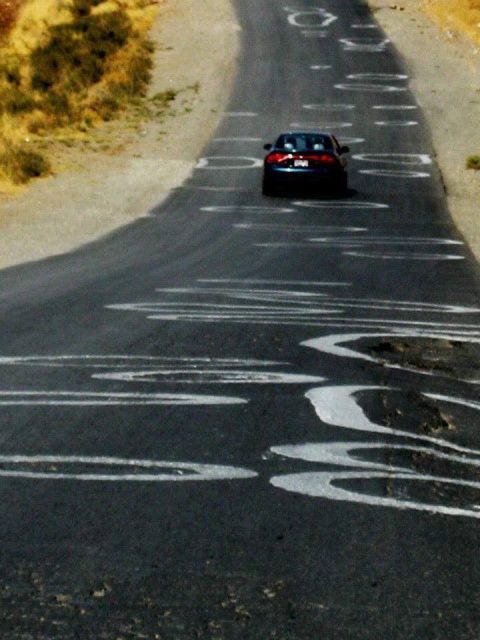 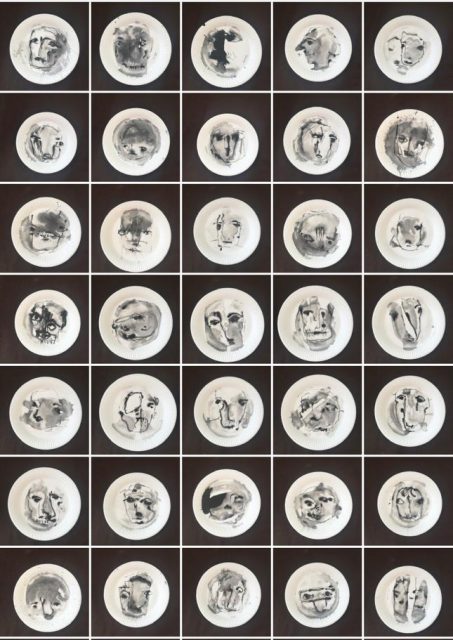