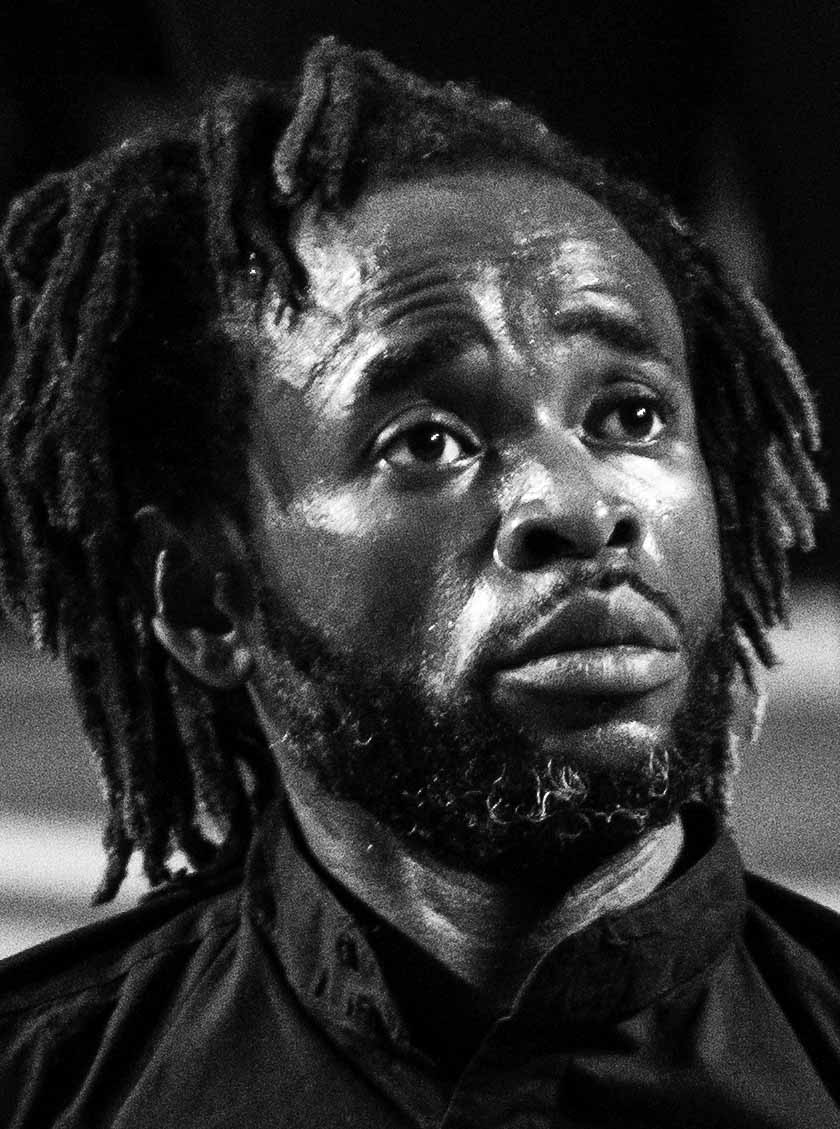 Born in 1982 in Brazzaville, Congo, Daouda Nganga showed interest in dancing at an early age. He trained himself in Afro-tradi modern dance with Chrysogone Diangouaya and Serge Bissadissi. His trip through Benin, Burkina Faso, Mali and Sénegal ensured his hopes of meeting many professional artists, particularly Martha Zepietowska Siddhartha. Later on, he and the dancer Mbarou Ndiaye founded the company ‘Sara’, which they created during their performances at Dakar French Institute and at Afrikawa Festival. Since 2016, he has been participating in workshops intensives throughout Paris and works with Tierry Thieu Niang on Va-voir là-bas and with Judith Depaule on Disparu-e-s. He created the solo Corps en Danse with the choreographic center of dance in Nantes and the Dynamo of Banlieues bleues. He performed during  Balades extraordinaires en pleine nature following the invitation of Blaise Merlin. He is a member of th agency of artists in exile.