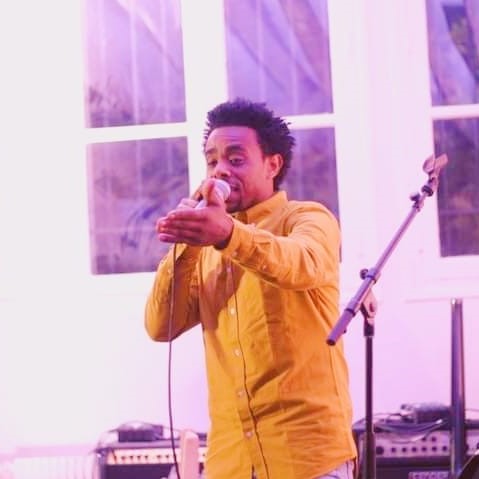 Born in 1993 in Marti, Ethiopia, Guto Nasha, also called Guutaa Nasha is a singer. He started singing as a kid with his parents and at school. He worked in his father’s cassette store and started a band at the age of 15 with a group of friends. He began his professional career at 16 and describes his musical genre as a mix of reggae, disco and samba. He performed a lot in Ethiopia, Sudan and France, where he arrived in 2016. He is a member of the agency of artists in exile since 2018.