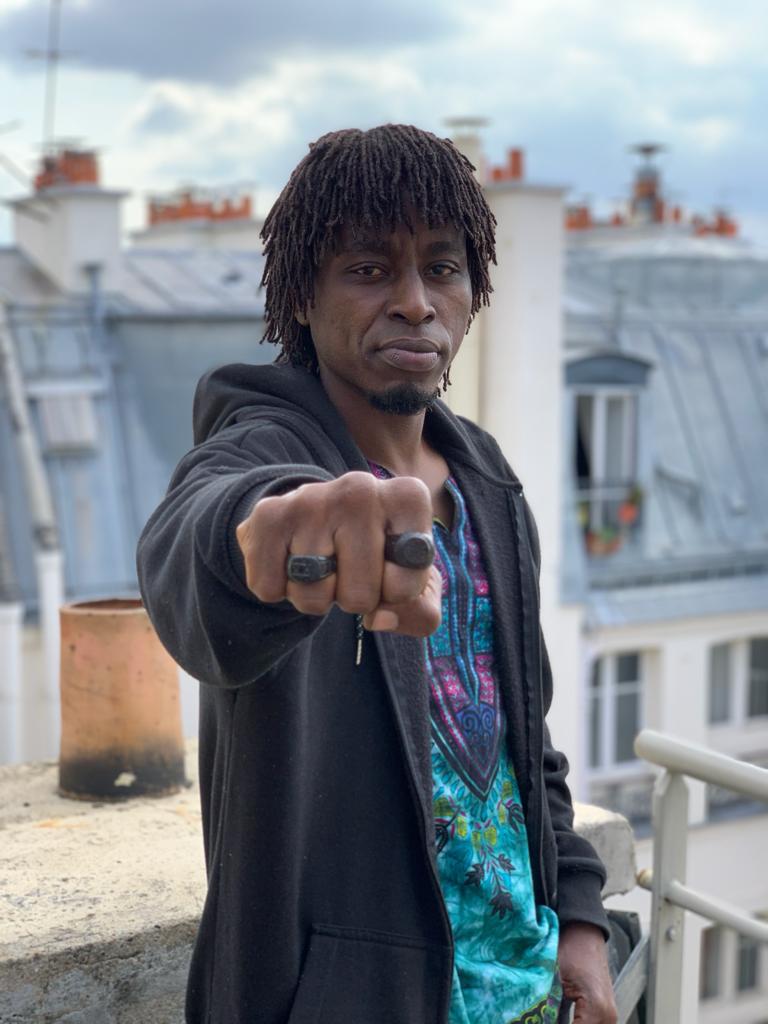 Born in 1988 in Pointe Noire, Congo Brazzaville, Wilfried Mavounia a.k.a Mav Kong is an actor, singer, rapper, writer and guitar player. Coming from a musicians family, he started playing music very young. Later, in high school, he discovered hip-hop and theatre. In 2017 he was recognised as the best urban music artist by the French Institute of Pointe Noire. He performed in various theatre plays such as Hamlet by William Shakespeare directed by David Bobee (2018) and the theatrical rap project Muntu produced by Nanterre’s Conservatory (2020). He wrote and staged the theatre play Kimoktoir (2019). He arrived in France in 2019 and is a member of the agency of artists in exile since 2021.