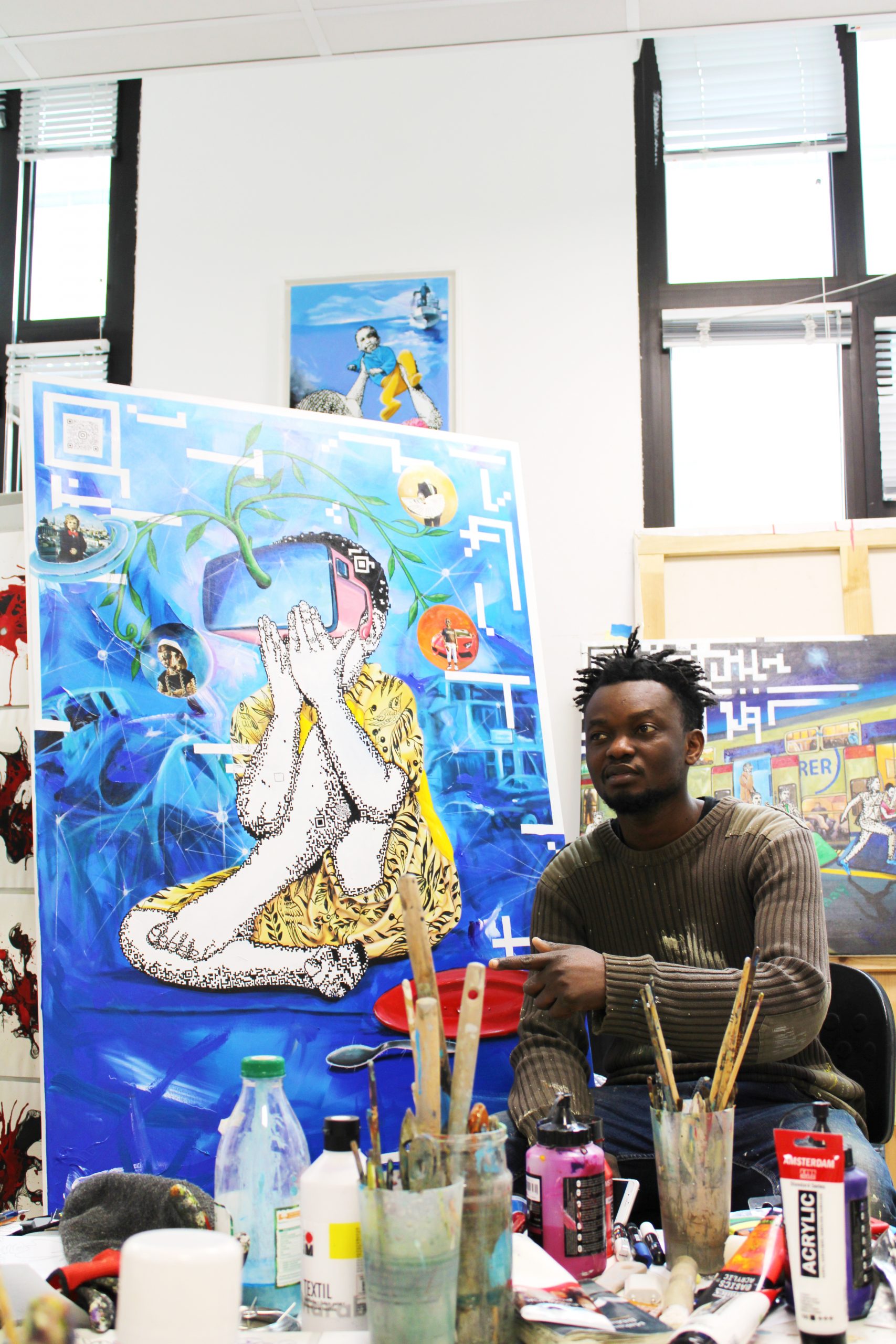 Born in 1990 in Angola, Neves Zola Sebastiao, a.k.a Mambo’o D27, is a painter. As a kid, with is mother, he left his country to Democratic Republic of the Congo where he started the school and later his studies at the Fine Arts Institute, with a visual communication major. He paints, does comic strip, and works in advertising too. In 2018, he moved to France, obtained the Noora grant and joined the agency of artists in exile in January 2021. He continued his painting research on representing African lives in exile. He exhibited his artworks at the Coupole in Dijon, at the Abbaye of Clairvaux and at the Lyons Club in Besançon. 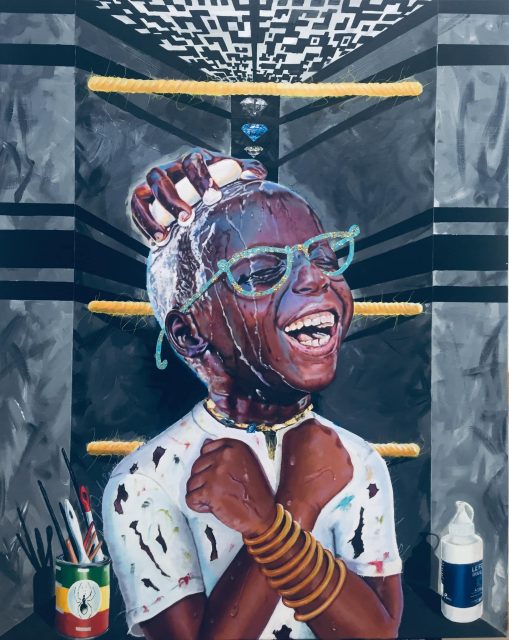