Born in 1984 in Laâyoune in Western Sahara, Ibrahim Lambarki is a guitarist. Engaged in the Western Sahara revolution, he is wanted by the police and has to leave his country. He went to spain in 2011 where he played guitar during the concert of well known western saharawi musicians such as Limam Argaibi, Amrghia, or Vadiha. After he failed refugee claimant in Spain, he went to France in 2017 and join the Atelier. He joined the « Dajja Med Salam » music band. They played at the « open doors » of the Atelier and during the 2018 edition of Vision d’Exil. 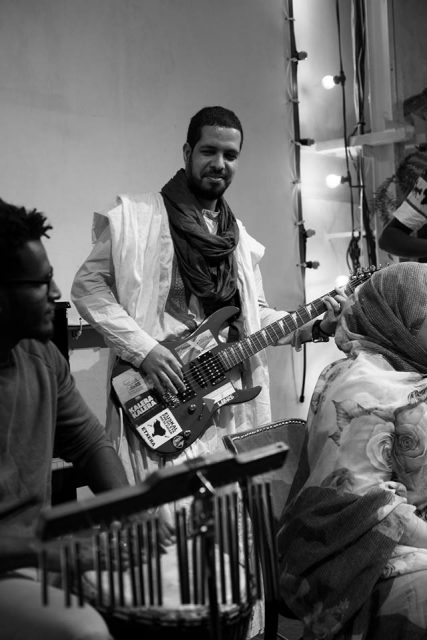