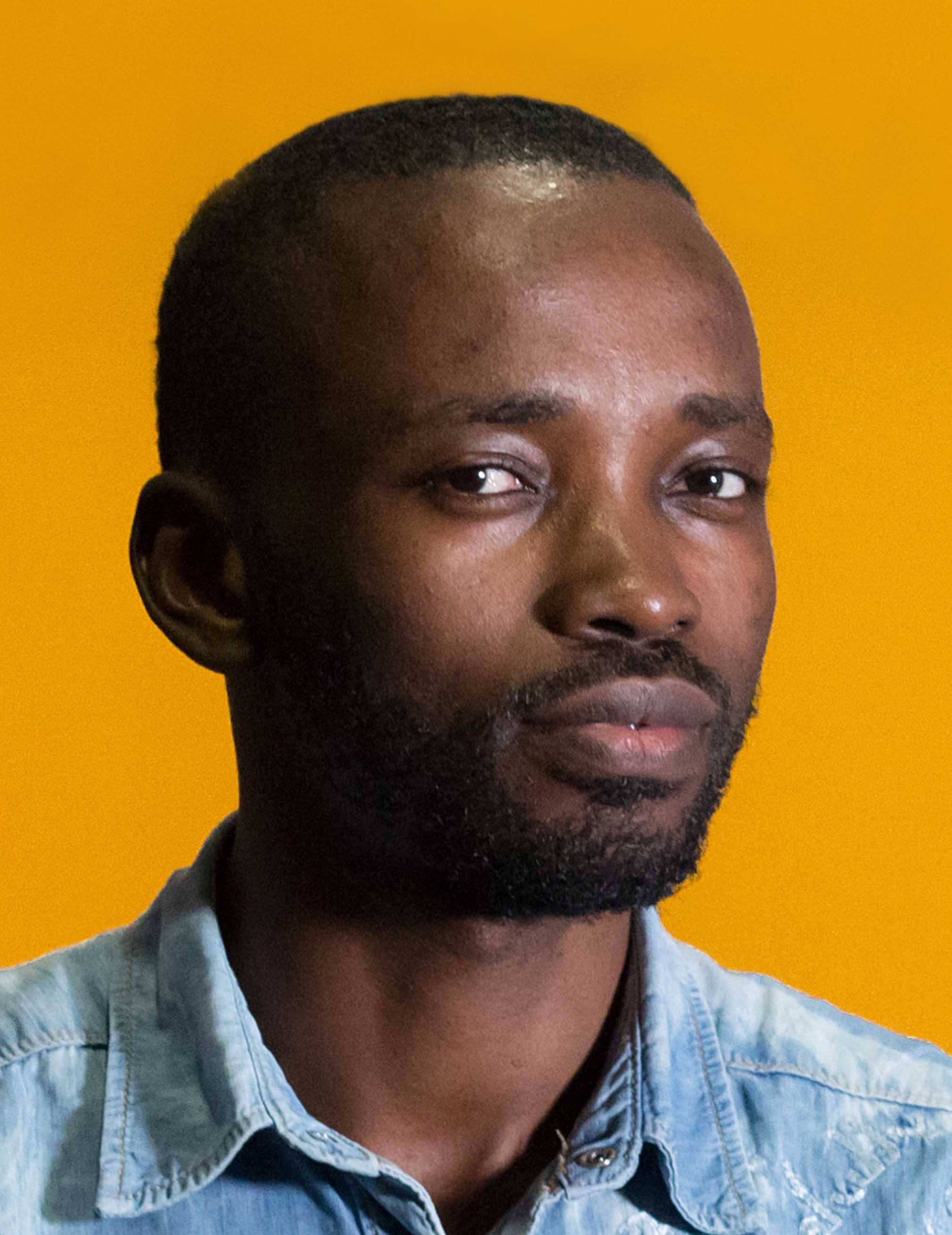 Born in 1986 in Kinshasa, the capital of the Democratic Republic of Congo, Fabrice Kalonji Mbikayi joined “les Béjarts” theater in 2008 where he chose to take on acting, writing and direction as career paths. He devoted his time to his passion for the arts, despite censorship and repression. His theater company and films persistently denounce the living conditions, the abuses and the impunity of current-day power structures. In 2017, he was arrested and tortured, but escaped his sentencing and came to France. He participated at the event “Saying Exile” in the Palais de la Porte Dorée at “Visions of Exile” Festival in 2018.