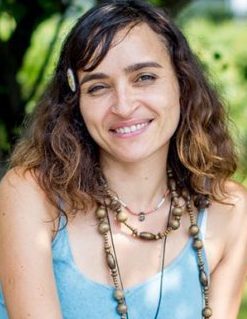 Born in Kuwait in 1980 to Syrian parents, Diala Brisly is a visual artist who grew up in Damascus. She started her career by doing animations for the Syrian channel, “Spacetoon”. As a socially-conscious artist, she opposed the political divisions in Syria and openly expressed her point of view in works that supported the women’s hunger strike in Adra prison. Ultimately, twenty-three detainees were released. She dedicated her time to children victimized by war, both in Syria and in exile, and hosted artistic workshops and events in refugee camps and alternative education centers from 2014 onwards. In 2015, she sought asylum in France, where she received the Nora scholarship. 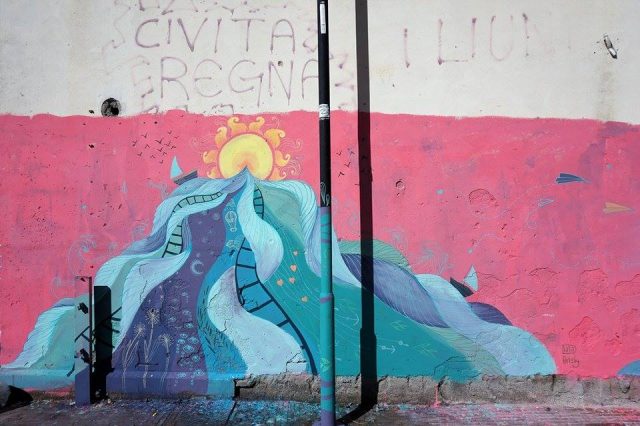 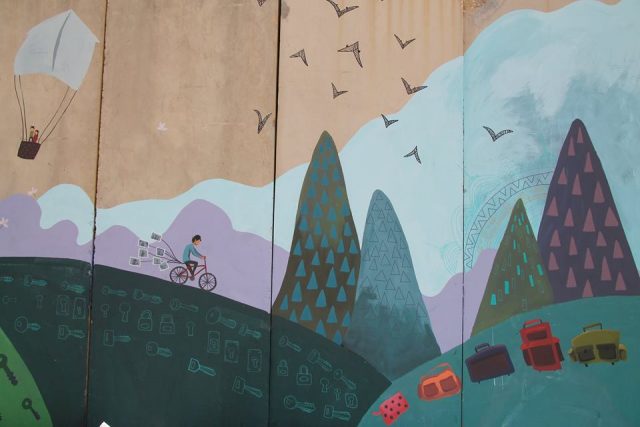 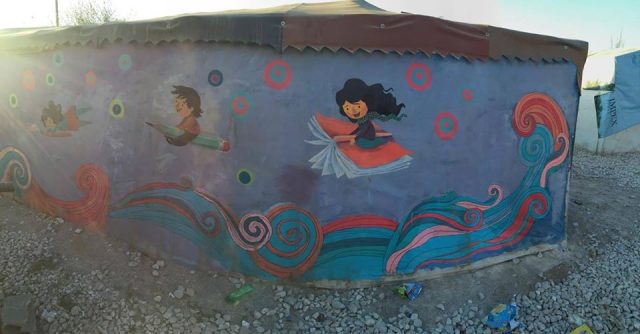 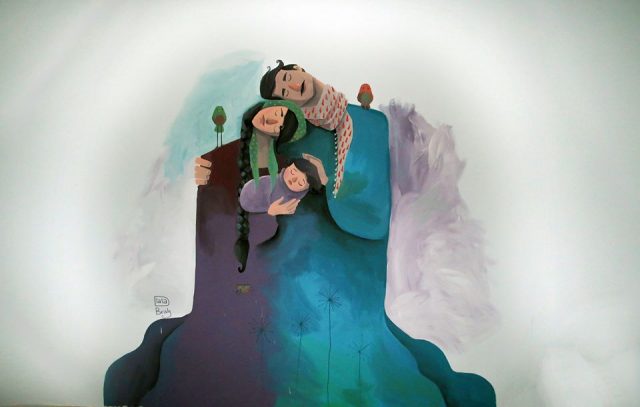 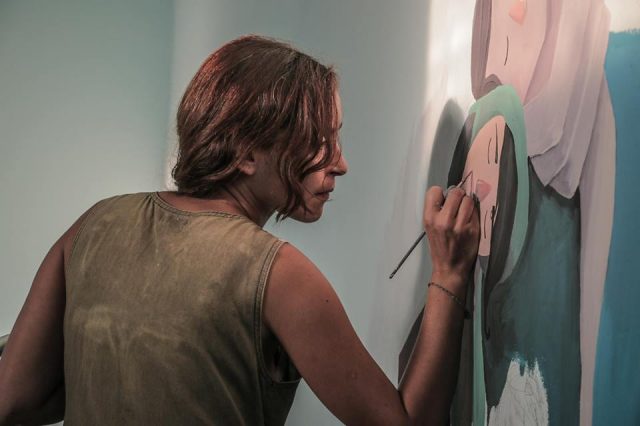 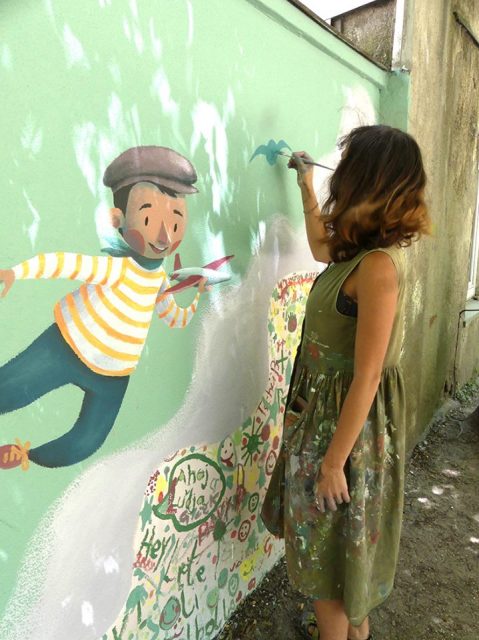 The entrance of the UNHCR office in Beirut was turned into art by Syrian artist Diala Brisly and refugee and staff children. The theme of the activity – led by the artist – was ‘What would you take with you if you had to leave in a hurry?’