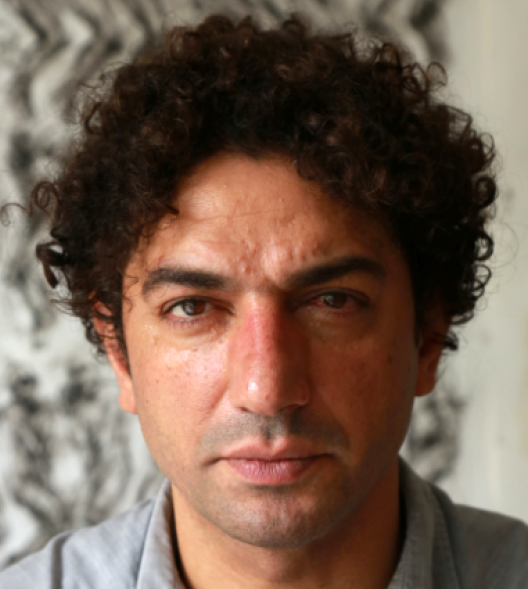 Born in 1970 in Homs, Syria, Najah Albukai studied successively at the Beaux-Arts in Damascus and then at the Beaux-Arts in Rouen. He returned to live in Syria where he taught drawing and devoted himself to his creations. A victim of state brutality, he faced some of the worst horrors of the country’s regime. Najah was arrested and tortured several times between 2012 – 2015 in Damascus within the detention center known as Branch 227 and by the Syrian intelligence services. He managed to escape to Lebanon and arrived in France in 2017. His drawings and engravings illustrate the gripping torment he experienced in prison. He is a member of the agency of artists in exile.