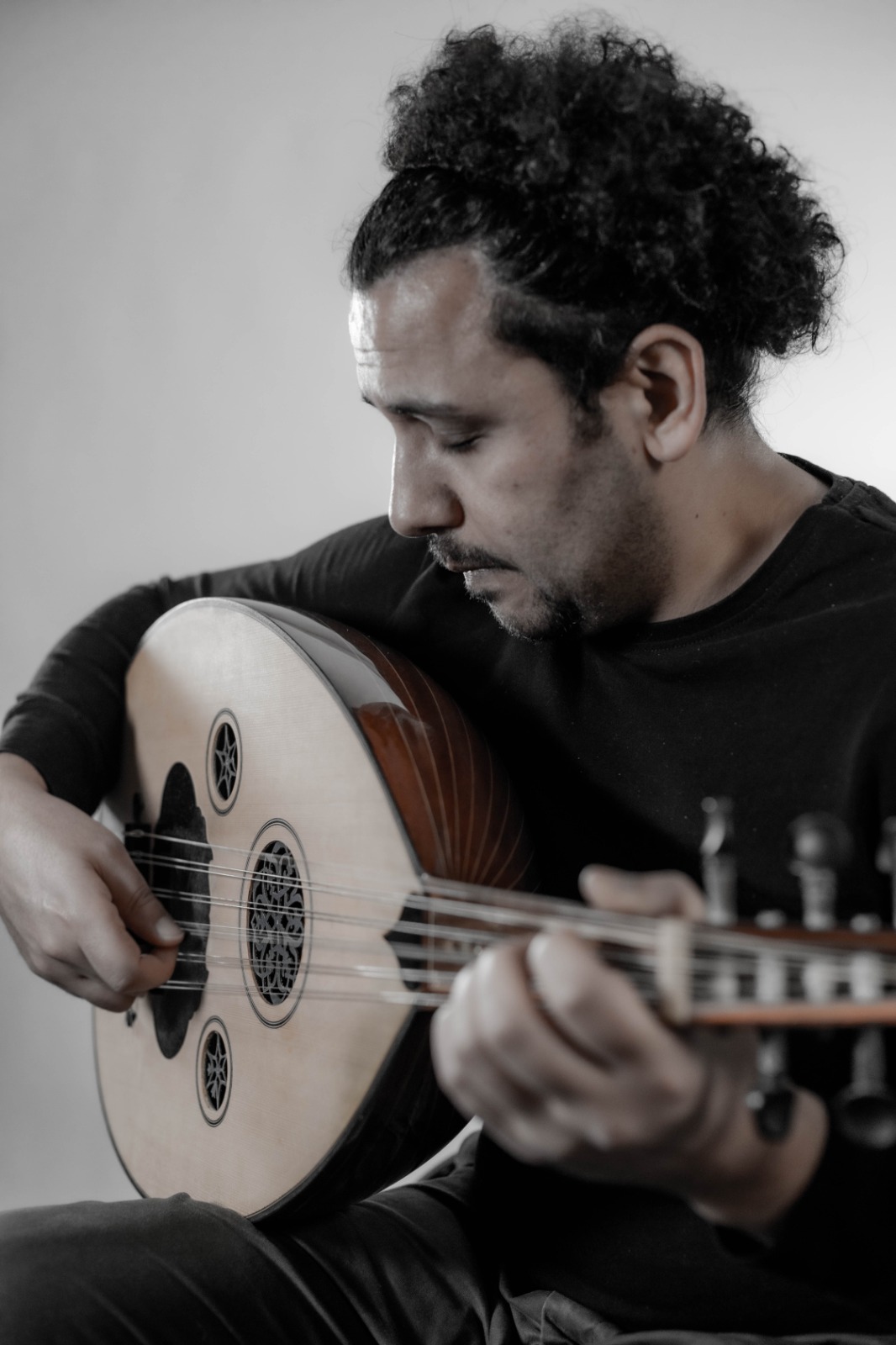 Born in 1986 in Ar-raqqah, Syria, Kaysar Abou Zer is a musician, composer, and singer. He plays the oud, the buzuq and the violin. He started singing as a child and then learned the buzuq to accompany his songs. He studied music in Damascus and at the same time Arabic literature in Raqqah. He founded the music group Arios in Syria with whom he performed in Istanbul, Antioch and Adana. He arrived in France in 2016, did a Master’s degree in literature and musicology at the INALCO, where he became a researcher on multilingual Mesopotamian music as well as conductor of the Oriental Choir in 2019. He founded the music group CEGA and performed in Nantes and at the Cité Universitaire in Paris with the Al-Wissal Choir. He is a member of the agency of artists in exile.