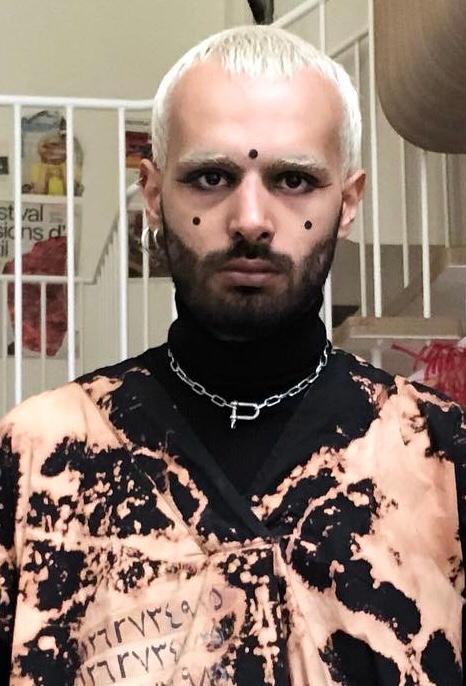 Born in 1991 in Tunis, Ayoub Moumen is an artist, performer and fashion designer. Graduated from the Esmod international fashion university Group in Tunis (Bachelor’s degree in fashion design and haute couture) and holder of a DNSEP in Art from the EESAB, he signed his 1st collection Explosion émotionnelle in 2013. His Ivresse divine collection received the 1st prize of the International Fashion Festival Young Designer competition in 2015. Exiled to France since 2016 because of his artistic and militant commitment to the LGBTQ++ movement in the Arab world, he created the clothing studio Refuge Engaged Wear (R.E.W STUDIO) s in the anti-fashion movement and won the 3rd E-fashion award in 2018. Member of the workshop of artists in exile, iel creates the parade-performance Contaminations for the Visions d’exil 2019 festival at the Palais de la Porte Dorée – National Museum of the History of Immigration and participates in Open Mode festival #3 . Iel creates the performance We walk on eggs at Subsistances in Lyon in 2020, the video-performance À contresens (2020), and the performed collection Reborn! (2021) which they present at the Bastille Design Center in Paris. In December 2021 iel presents Désordre for the open doors of the aae.
In June 2022 they present two performances, Without translation, a reading performance on June 11 by occupying a street in Saint-Ouen for the 5 Second to collapse event organized by Bad to the bone and Lay against on June 22 in the ephemeral gallery of the aae for the exhibition Protestations. 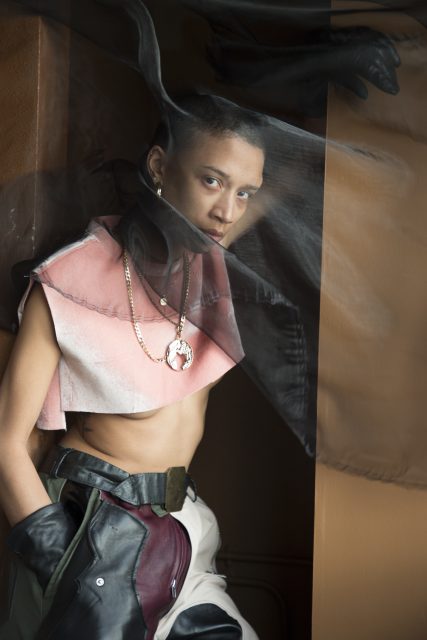 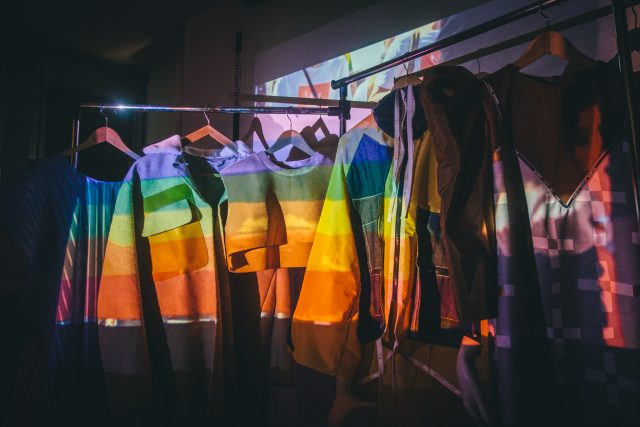 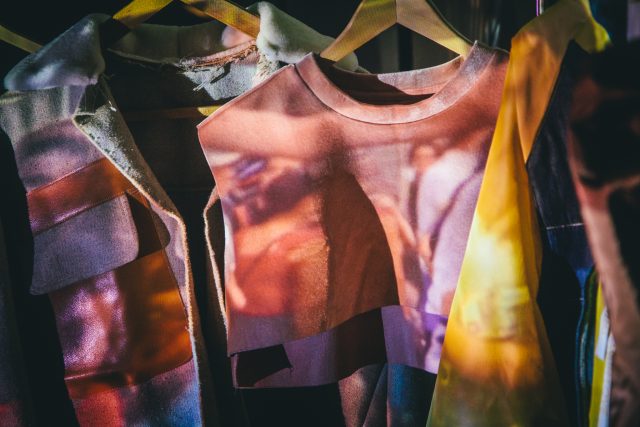 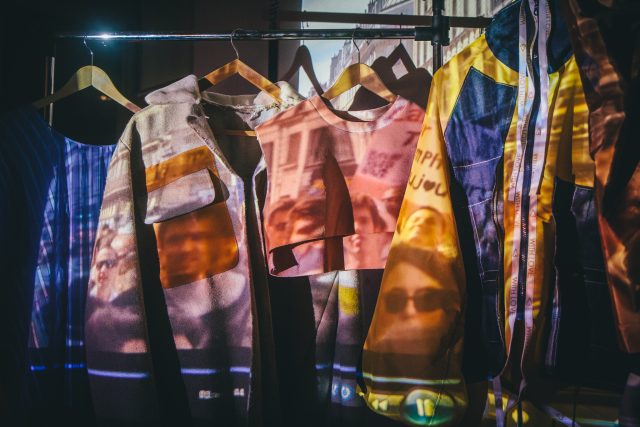